GENEVA (25 June 2014) – UN High Commissioner for Human Rights Navi Pillay announced Wednesday that three distinguished experts have agreed to advise and support the team set up to conduct a comprehensive investigation of alleged human rights violations in Sri Lanka, as mandated by the Human Rights Council in March. The investigation will look into alleged serious violations and abuses of human rights and related crimes by both parties in Sri Lanka during the last years of the armed conflict.

The experts are:
Mr Martti Ahtisaari, former President of Finland and Nobel Peace Prize Laureate, who has also served as a UN diplomat and mediator and is renowned for his international peace work;

Ms Silvia Cartwright, former Governor-General and High Court judge of New Zealand, and judge of the Extraordinary Chambers of the Courts in Cambodia, as well as former member of the UN Committee for the Elimination of Discrimination against Women;

With the outgoing UN High Commissioner for Human Rights Navi Pillay confirming that her office has put together a team to investigate allegations over the war in Sri Lanka, the role of the Tamil Diaspora will be also in the spotlight. Suren Surendiran, the spokesman for the Global Tamil Forum (GTF), an influential Tamil lobby group based in London expressed his views on the investigation.

Q:  Does the GTF has any plans on assisting the OHCHR probe on Sri Lanka by providing information or any form of evidence related to the war?
A:The process of collecting evidences or the operational terms of reference for the investigation haven’t been made public as yet. Just as GTF submitted a whole series of documentary evidences to the UN Panel of Experts on crimes that were committed at the end of the war, GTF will continue to fully support any international independent process that has the potential to gain justice for our people that’s long overdue.

GTF as an internationally recognised organisation will represent the Tamil voice in these international forums until justice is served to our people who lost their loved ones. GTF will also help to expose the current ground human rights reality for Tamils, Muslims, Christians and Sinhalese, particularly the effects of militarisation of the north and east of the country is having on the Tamil community. 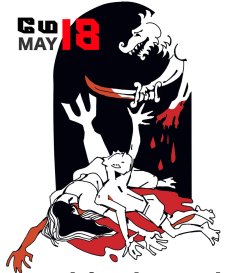 April 11, 2014 Ottawa, Ontario - Prime Minister Stephen Harper today announced that a State Funeral will be held for the Honourable Jim Flaherty on April 16, 2014 in Toronto, in honour of his years of dedicated service to the Canadian people.

“Jim was a great friend and colleague, a dedicated family man, and an extraordinary Minister of Finance who sacrificed an enormous amount in his years of service to Canada and to Canadians,” said the Prime Minister. “He will be remembered with great affection and respect. Jim and his family remain in our thoughts and our prayers at this difficult time.”  Details on the State Funeral will follow in due course.

James Michael "Jim" Flaherty, PC, (December 30, 1949 – April 10, 2014) was Canada's federal Minister of Finance (2006–2014) and also a former provincial Minister of Finance for Ontario (2001–2002). From 1995 until 2005, he was the Member of Provincial Parliament for Whitby—Ajax, and a member of the Ontario Progressive Conservative Party caucus and unsuccessfully sought the leadership of the provincial party on two occasions.

Flaherty won the riding of Whitby—Oshawa in the federal election held January 23, 2006 as a member of the Conservative Party of Canada narrowly beating Liberal incumbent Judi Longfield. He was re-elected in 2008 and 2011. Flaherty's widow, Christine Elliott, represents Whitby—Oshawa in the Ontario legislature.